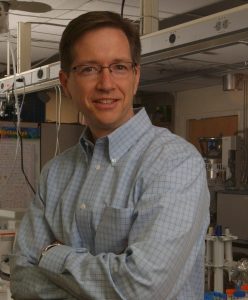 Robert Kennedy is the Willard Distinguished Professor of Chemistry, Chair of the Chemistry Department, and Professor of Pharmacology at the University of Michigan, Ann Arbor, MI.  Professor Kennedy and his group have pioneered the development of miniaturized, high-speed separations and sensitive mass spectrometric techniques for detecting and measuring minute concentrations of neurotransmitters in vivo.  In addition to research in cell signaling, the methods have been applied to understanding the biochemical mechanism of insulin secretion associated with diabetes.  His outstanding research has been previously recognized by a variety of science awards including the ACS Award in Chromatography, the McKnight Award for Technical Innovations in Neuroscience, the EAS Separation Science Award, the Golay Award for Achievements in Chromatography, and the Ralph Adams Award in Bioanalytical Chemistry.  He is presently Associate Editor of Analytical Chemistry and has served on numerous scientific committees including ANACHEM committees.